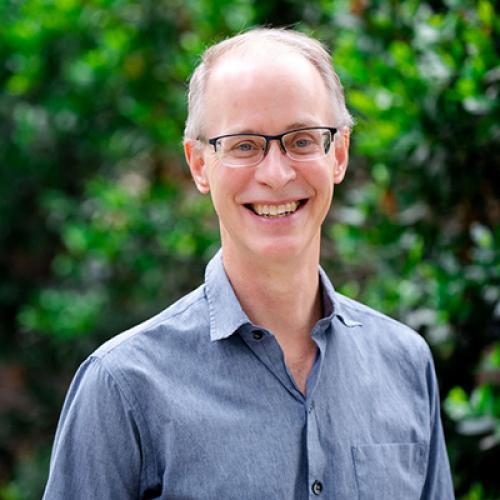 Jeffrey S. Wilson (D.M.A., M.Mus., University of Illinois; B.Mus., Augustana College) is currently professor of music and director of choral activities at Fresno Pacific University where he oversees the choral program and teaches aural skills. Previously, he taught K-12 vocal music in Iowa and Illinois, and served for over twenty years as director of choral studies at Greenville University (Greenville, IL). Choirs under his direction have toured throughout the United States, Mexico, Canada, and Europe and performed with the American Kantorei, the Boston Camerata, and the Kingsbury Ensemble. Professor Wilson’s choirs have also been invited to sing at multiple Illinois Music Educators Association State Conventions and American Choral Directors Association Central Region Conferences as well as the Calvin Symposium on Worship (Grand Rapids, MI).

Dr. Wilson studied conducting and choral music with Chet Alwes, Louis Halsey, Donald Morrison, Helmuth Rilling, Fred Stoltzfus, Paul Vermel, and David Willcocks. He also has extensive experience as organist and church musician and has traveled throughout the Midwestern and Northwestern United States as well as Western and Eastern Europe as a concert vocalist and accompanist. Wilson lived and studied in Hungary while on sabbatical in 2004 and served as visiting professor at Hope Africa University in Bujumbura, Burundi during spring semester, 2012. Professor Wilson is a life member of the American Choral Directors Association having served on the Illinois ACDA board for a number of years, most recently as President in 2019-2020. He and his wife, Pam, have three children.