From PBI to FPU

From its beginnings in Russia in 1860, the Mennonite Brethren Church has considered education important. Within only a few decades of their arrival in the United States, Mennonite Brethren established Tabor College in Hillsboro, Kansas, in 1908. As Mennonite Brethren migrated to other parts of western North America in the following years, they took with them this interest in education. In 1941 the Pacific District Conference of Mennonite Brethren Churches formed a "Permanent School Committee" to consider the establishment of a post-secondary school. In 1944 Pacific Bible Institute opened in a large residence on Van Ness Avenue in Fresno with twenty-eight students. Soon outgrowing its original campus, the school moved in 1946 to a former YWCA building in downtown Fresno. The student body reached a peak of 178 students in 1948-1949.

By the 1950s enrollment at PBI was declining. In response, the school developed a broader junior college curriculum in 1956 and moved to a new campus on Chestnut Avenue in southeast Fresno in 1959. The following year the Bible institute's name was changed to Pacific College. In 1963, a four-year liberal arts program with biblical studies at its core was added. In 1965, Pacific College earned full accreditation as a four-year liberal arts institution.

During this time of transition, President Arthur Wiebe encouraged the faculty to rethink and clarify institutional mission and identity. The outcome of the process was the formation of the "Pacific College Idea," a statement of vision adopted in 1966 that shaped the development of the college through subsequent decades. Today, the "Fresno Pacific Idea" still forms the core of the university's identity. 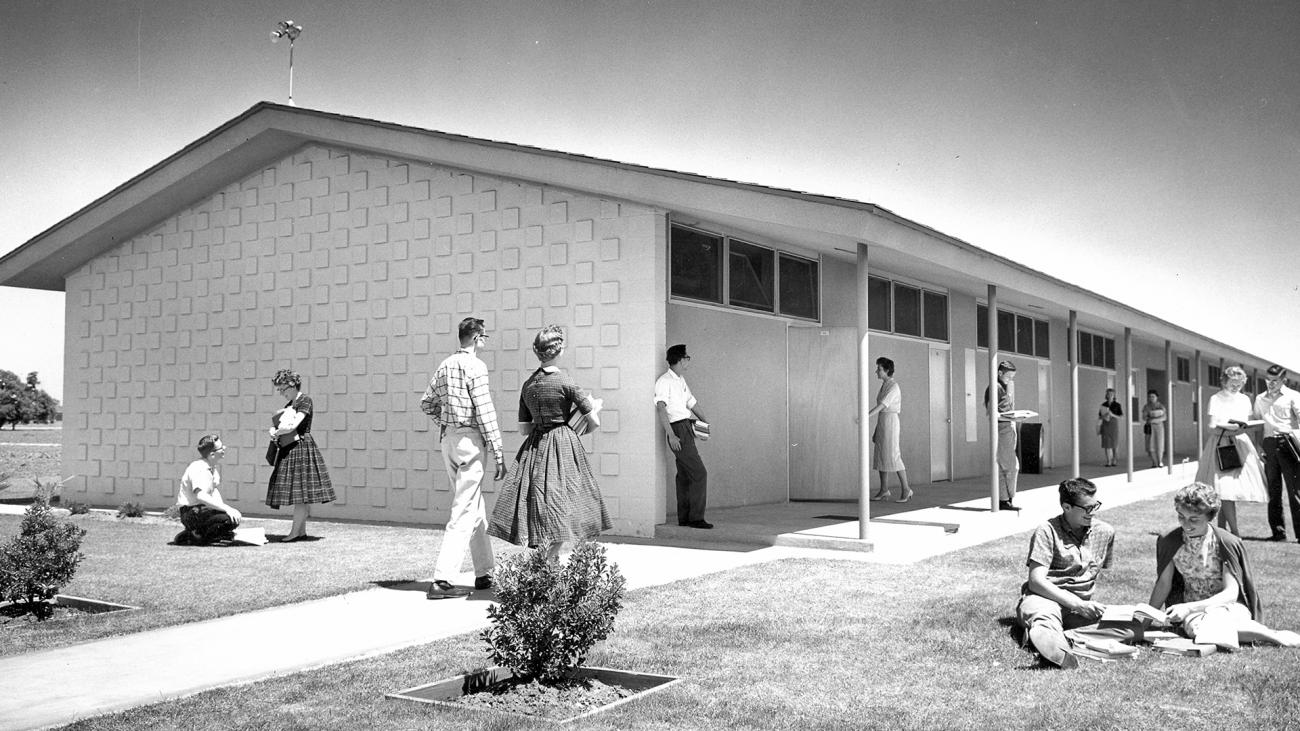 In the 1970s Pacific College moved beyond its undergraduate curriculum. In 1975 the college was accredited to offer master's degrees. At about the same time, it developed a program to offer in-service training to teachers in central California. Originally called the In-Service Education Program, it is now the Office of Continuing Education. In 1976 the college changed its name to Fresno Pacific College.

By the early 1980s, facing the need to increase its enrollment and financial base, the college formulated a plan to extend its mission beyond its original denominational boundaries. This plan, called "Broadening the Base," included expanding campus facilities, enlarging the curriculum, developing new strategies for public relations and fund development, and making a more deliberate effort to relate to churches beyond the Mennonite Brethren Conference. 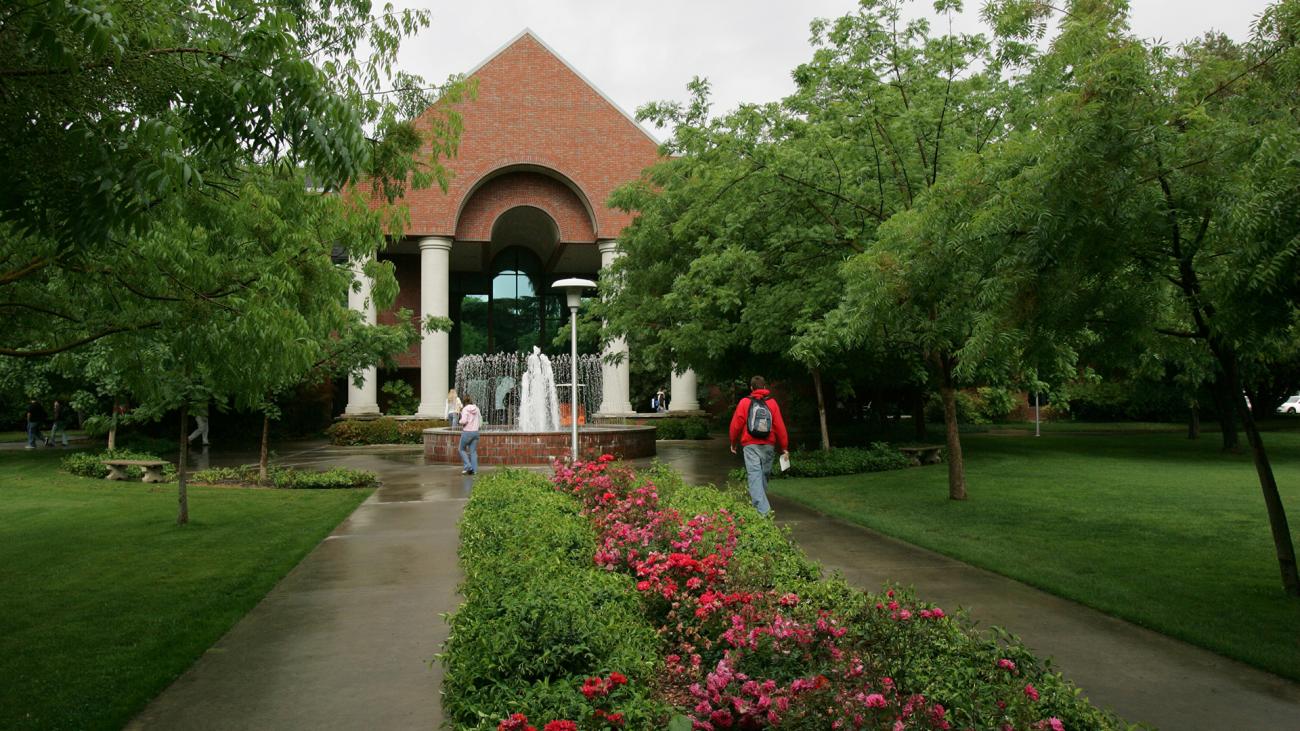 By 2005 Fresno Pacific University had established regional campuses in Bakersfield, North Fresno and Visalia. The Merced Campus was added in 2012. These campuses offered courses mostly for adult students pursuing graduate degrees or enrolled in the university's new degree completion program.

Since the mid-1950s, the college and university had worked closely with the Mennonite Brethren Biblical Seminary. The two campuses were adjacent to each other, and the schools jointly owned and operated Hiebert Library. In 2010 the seminary formally became a part of Fresno Pacific University.

It was founded as a response to different theological currents and sociological changes in the church and larger culture. In the words of former president J.B. Toews, “The seminary was born in 1955 because of the vision of the church for trained leadership that could lead wisely, theologically, and above all, biblically in a society that was rushing madly after the gods of learning and mammon.” Mennonite Brethren leaders saw a need for a leadership training consistent with an anabaptist-evangelical perspective. They recognized the strategic role of church leadership in shaping the identity, unity and direction of a people facing rapid cultural and theological change. The need for godly and discerning Christian leaders is even greater today than it was when the seminary was founded. 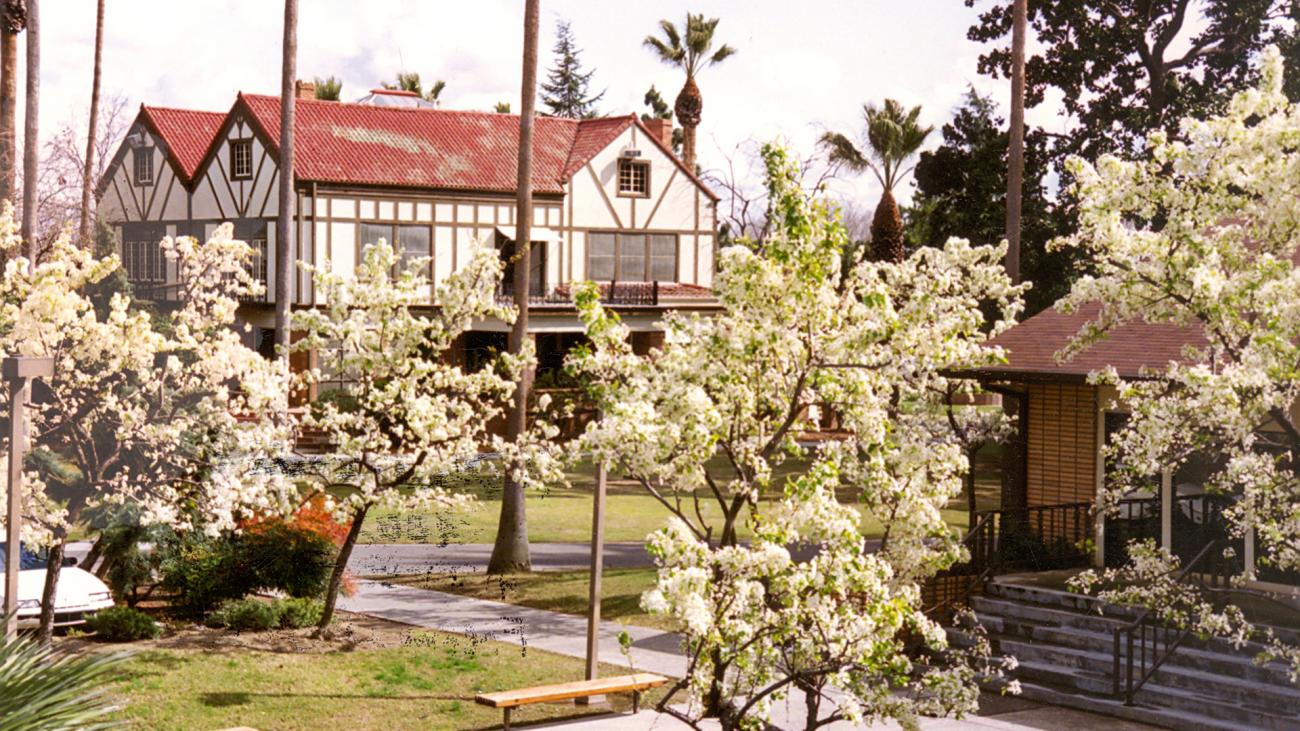 The commitment to be a community of learners guided by the principles of the Kingdom of God, which seeks to use education as a means to serve God and others around the world, has remained the enduring, stable core throughout this history of growth and change. The scope of education has broadened from the original Bible institute curriculum, but only to bring Christian faith to bear on larger arenas of life and to prepare for broader involvement in the life of the church and contemporary society.